What is Bitcoin Mining and How Does It Work? 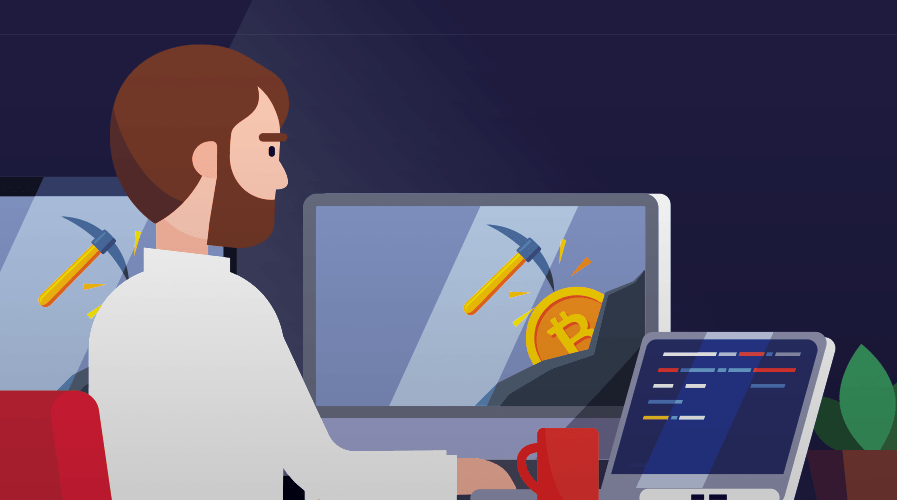 The popularity of Bitcoin is rising as more and more people are learning about it. However, it is still difficult to understand some ideas related to Bitcoin — Bitcoin mining is definitely one of them.

What is Bitcoin mining? How does Bitcoin mining work? How long does it take to mine a bitcoin…? There are so many questions we ask ourselves when we first read about Bitcoin and mining. It’s confusing, right?

What is Bitcoin Mining?

Bitcoin mining is the process of verifying, storing and securing Bitcoin transactions. Of course, there is much more to it than that. But before getting into more about what is Bitcoin mining and how it works, keep in mind these two important things about Bitcoin itself.

This is what Bitcoin is all about — it works without middlemen (like banks or credit card companies).

As you can see, Bitcoin is very, very different from traditional payment systems like banks and credit card companies. As Bitcoin is not printed, though, how is new Bitcoin created?

If you thought it might be Bitcoin mining, you are right! So, yes, that’s the purpose of Bitcoin mining — to verify transactions and create new Bitcoin. But if that’s what it does, how does it work? Let’s get into more about Bitcoin mining and answer the question that’s still on all our minds: what is Bitcoin mining?

As you now know, Bitcoin mining is the process of verifying Bitcoin transactions and creating new Bitcoin. The people who mine Bitcoin are known as Bitcoin miners. Well, I say “people”, but really they are computers that are operated by people.

These computers (which we call “nodes”) have to be very powerful computers, as Bitcoin mining uses a lot of computer power. They run software that connects them to the Bitcoin blockchain and solves mathematical problems.

When these mathematical problems are solved, new transactional data is verified and stored on the Bitcoin blockchain. So, the Bitcoin miners are verifying the transactions instead of banks and credit card companies. This means there is no third party to trust or rely on. Clever, right?

The basic requirements for bitcoin mining are:

You might be thinking, why do these ‘miners’ make all this effort? Surely it’s very expensive? Well, that’s a good question. Put simply, they do it because they are rewarded with Bitcoin.

That’s right, Bitcoin miners are paid with new Bitcoin. This is the only way that new Bitcoin can be created!

Let’s talk about blocks and the technology involved in Bitcoin mining. You know that Bitcoin uses the blockchain, right? Well, that’s where we get the term ‘block’ from.

What Is a Block and Blockchain Technology?

Once a block is verified, it gets added to a chain of blocks that have already been verified. That’s why the technology behind Bitcoin is called the blockchain!

Note: you can read more about the blockchain in our Blockchain Explained guide.
This will become easier to understand as I explain the step-by-step process of mining Bitcoins.

How Does Bitcoin Mining Work?

But, Wait. What Does Verifying a Transaction Mean and How Is It Done?

One of the best things about what is Bitcoin mining is that the person who chooses to become a miner doesn’t need to know how to solve the problems or be good at mathematics. They just need Bitcoin mining hardware (a powerful computer) and Bitcoin mining software.

As you can see, Bitcoin mining is not that difficult to understand. You may want to mine Bitcoin, you may not want to mine Bitcoin. Either way, the next big question on your mind is probably something similar to ‘How do you mine bitcoin?’ Well, let’s get right into it.

Follow the steps below and you can become a bitcoin miner yourself. If you don’t want to, that’s fine too — learning how to mine Bitcoin still helps you to gain a better understanding of mining itself.

Get the Bitcoin Mining Hardware

The first step to start Bitcoin mining is to purchase the mining hardware. Selecting the right hardware is important for the success of mining. So what is Bitcoin mining best hardware?

When Bitcoin mining started, back in 2009, you could mine using basic computers — like the ones we buy from retail stores! That computer’s CPU (central processing unit) had enough power to quickly solve the mathematical problem.

As Bitcoin started to become more popular, the miners started to use more powerful computers. They used faster graphic processing units (GPU) that could solve the problems faster, meaning they would win the race and be rewarded with the new Bitcoin!

Guess what happened when Bitcoin became even more popular? Miners got even faster. Instead of using CPUs and GPUs, they started using specialized Bitcoin mining hardware called ASICs (Application Specific Integrated Circuits). So, if you want to win the race and mine Bitcoin now, you’ll need an ASIC.

You can check the following comparison of different ASICs that are popular among beginners.

ou can also checkout ASICs available on Amazon and eBay.

There are two ways that you can start Bitcoin mining. One is to start by yourself, which is called solo mining. Another way is to join a group of other Bitcoin miners – these are called mining pools.

If you are a beginner, Bitcoin farming (joining a mining pool) is recommended. There are many different pools for you to choose from. But, be careful and only choose well-known mining pools with a good reputation. Of course, they charge a fee, but it’s normally quite small (1-3%).

Mining software is needed to access the Bitcoin network and the ‘database of old transactions’. You also need it if you want to join a mining pool.

do not recommend using a web wallet, as this is the least safe option. If you want to download a software wallet, I recommend Exodus, Electrum and Copay.

Quick Tip: Exodus is very simple and great for beginners!
Hardware wallets are more secure because they are not connected to the internet. They are actual physical devices that you can store your Bitcoin on; you connect your hardware wallet to your computer via USB.